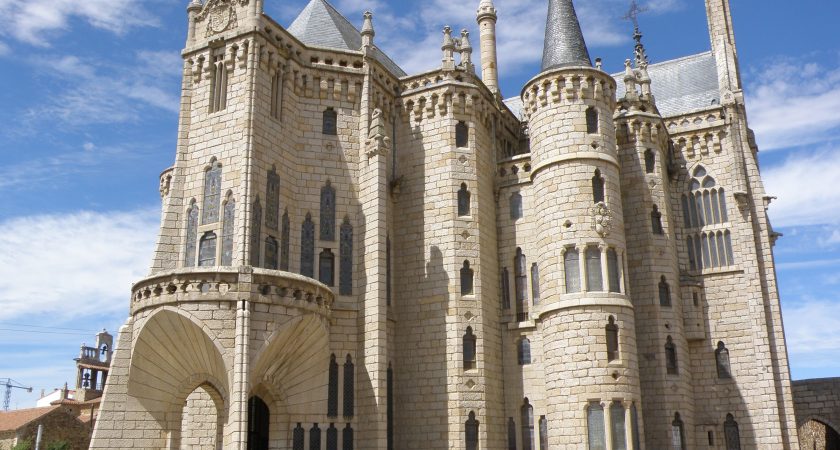 A tour around the old Roman city of Asturica Augusta in Astorga. The end of tour is in Vía de la Plata.

We will cross the Roman walls to enter in the historic center, where we can visit the Cathedral, whose main retable calls the attention of all visitors. A work by Gaspar Becerra, a disciple of the Italian artist Michelangelo.

Next to this monument we can see the Palacio Episcopal, one of the few works of Antonio Gaudí outside Catalonia.

After the visit of the main monuments, a short walk will led us to the City Hall building where we will listen the bells of an articulated clock which is decorated with two figures representing the local inhabitants called Maragatos.

Very close to the Town Hall there are archaeological excavations. The remains of a Roman house decorated with mosaics will bring us closer to the Roman heritage of the city.

In the surroundings of Astorga there are some villages of the Camino de Santiago that stand out for their traditional architecture. Castrillo de los Polvazares is one of them.